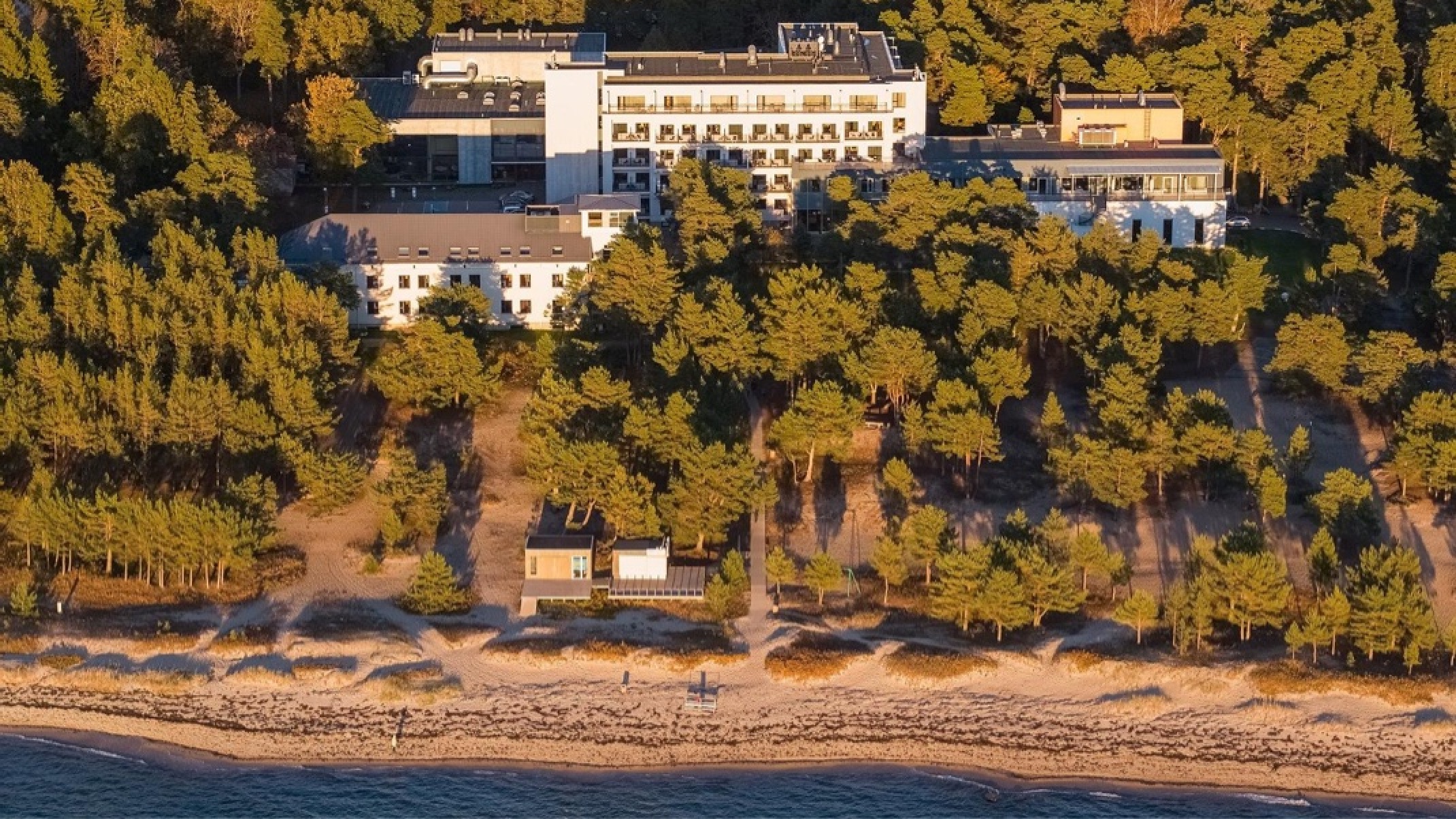 Priit Kallas is the founder and strategist behind Dreamgrow, which he has built up into one of Estonia’s best-known digital marketing agencies. With many established, blue-chip clients in the Estonian market, Priit has a full schedule every day.

Hence, it’s not surprising that the marketer and keen endurance runner likes to save time and make his life more efficient in any way he can, not cutting corners (because runners need to know that) but finding the most useful applications for each of his many tasks. It is for this reason that Priit came upon Fienta.

There is a major annual conference above all others in Estonia, and it’s called Digital Elite Camp. The conference, organised by Priit, now attracts people from all over the world, and Fienta helps in many ways, as we shall find out.

“The place where we hold the event is Laulasmaa Spa, their conference hall holds 167 people, so we can't sell more tickets than that!” This makes it quite a sought-after event. “We have top speakers in the field coming to Estonia. 10% of attendees are from Estonia, others are coming from Europe, Australia, the United States, and other places.”

The whole idea of the conference is to allow for discussion of the latest techniques in digital marketing. “It's all about conversion optimisation, or getting people on your website to buy stuff - that's the core. My business partner, Peep Laja, has been voted previously the top CRO guy in the world, and he goes to other events to speak, and invites people while he's there. My side of the deal is organising things here, and getting accommodation and transportation in order.”

From small beginnings, it has grown. “The first time we did it was 2009. The first three or four years it was called Eliitlaager [the Estonian for Elite Camp - ed], and most of the speakers spoke Estonian, plus there were three or four international speakers who spoke in English. After that, we had everyone giving talks speak in English.”

It’s not always been easy to fill those seats, something that may have contributed to the discussions that eventually led to the use of Fienta. “There were a couple of the events where, due to our own fault, we didn't get enough people in because we started organising it a bit too late.”

The answer to the problem

Priit also had a smart idea - to make sure the delegates spent plenty of time socialising and networking. “Now, our event is in a beach resort - Laulasmaa - and the key is that people get there, they stay there for three days, and they don't leave. The great thing about the event is that you have a captive audience, and if you want a conversation with someone specific, you know they're available to talk to you. The beach parties are great, too - Estonian weather permitting!”

As mentioned, the conference has grown significantly from its early days. It’s now an almost military undertaking in terms of the organisational skills it requires. “When we started to do it at a large scale, I measured my time with Toggl [a popular time measurement application - ed]. The admin took me about 70 hours - to manage the invoicing and ticketing part. Now, when I do it with Fienta, it's about one third of that time - a huge win for me.”

“Previously, we used some kind of accounting software - you type in how many tickets, that this country has however much tax, this other country has that much tax, and things like that. I had to put the purchaser of the ticket into our system. But when people buy through Fienta, it does the work for us. We have 100 companies coming to us, and if you imagine it saves plenty of minutes per data entry, that's hours I get back to work on other tasks, thanks to Fienta!”

Convenience, ease of use

There are features of Fienta Priit is especially happy with. “All the payment options are available, which is incredibly convenient; the vast majority of the cards and invoicing. It's also really convenient, in a sense, because, before Fienta, we did it in the ecommerce way - we had an ecommerce site. PayPal was processing the payments. Sometimes we had problems with PayPal, because it was all quite complex. Now, if I ever have an issue with Fienta, I know that support will be there for me whenever I need it.”

Priit has had other ideas of ways he could use Fienta, too - and it’s led him to pondering the idea of monetising  his favourite after-work hobby. “Fienta is so easy to set up. I run a lot - and it came to mind that I could do running tours of Tallinn. I went onto Fienta, made a page for it to try it out, and it took me just a few minutes to put together. With any other application, it would have been too much of a hassle! When you organise an event, all this superfluous stuff doesn't add to your life - if you can offload that to someone else, or to an application like Fienta, it leaves much more room to think about the other things you need to do to make your event a success.”

See how Fienta can give you hours back in your day, like it did for Priit!